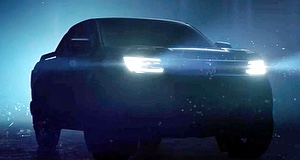 LOCAL deliveries of the next-generation Volkswagen’s Amarok ute are on track to begin during the first quarter of 2023 and the Wolfsburg-based brand’s local operation is optimistic about switching production from VW’s General Pacheco plant in Argentina to the Ford Motor Company of Southern Africa (FMCSA) plant in Gauteng, South Africa.

Speaking to GoAuto at the launch of the Tiguan Allspace, VW Australia’s general manager of corporate communications, Paul Pottinger, was upbeat about the new car’s prospects.

“On 7th July we’ll have the global reveal with an international launch in South Africa – which is where it’ll be built (the plant will also produce the next-gen Ford Ranger, GoAuto understands) – the last week of November or early December. We’ll get it early Q1, that’s on track. We did want to bring in early vehicles, but that’s prohibitive and not achievable for a number of reasons.”

The outgoing Amarok is still a strong seller for the brand, with a huge uptake in V6 variants and a relationship with local tuner Walkinshaw to attract even more buyers. Will the new-gen model’s V6 prove to be as popular?

“Hard to say at the moment, because it’s still nascent. The other thing is [the old car] is still in market despite having ceased production. It got to the point where V6s were 90 per cent of the Amarok mix, generally, the higher end of V6s as well.”

“People want a big tough car and muscle cars aren’t to be had in the classic form anymore. Driving culture changed radically in the last decade and that’s a manifestation of it. They’ve long since ceased to be utilitarian vehicles. We had trade-ins from high-end SUVs into V6 Amaroks when first they turned up.

“The disparity between V6 and four-cylinder probably won’t be so great, that’s a guesstimate. In the new generation, the V6 will certainly be in the ascendant.”

As supply issues continue to ravage the industry and car manufacturers struggle to come up with solutions to keep moving units, VW Australia is optimistic that it won’t have to struggle for Amarok supply.

“Probably not to the extent that we’ve experienced in the past. Part of the reason is that it’s built in South Africa and Australia is unequivocally going to be its biggest market, that’s globally acknowledged. I don’t think we’ll suffer for that. It’s also just across the Indian Ocean.

The FMCSA factory’s proximity isn’t the only advantage, with a combination of commonality with the South African bakkie (ute) market and less competition for allocation in the factory.

“The previous factory, which has made Amarok for the greater part of time, is the General Pacheco plant in Argentina. Some came from Hanover, but overwhelmingly from Pacheco which is concentrating on the earlier model for South American markets, so there’s no competition from there.

“Australia and South Africa are overwhelmingly the markets for it. And the other great thing is that South Africa is right-hand drive market, which makes us optimistic about meeting demand.”