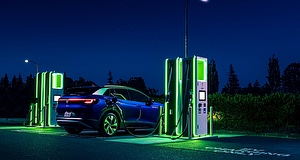 GERMANY is set to reduce financial incentives offered on the purchase of new electric vehicles from next year as the popularity of electric models makes government subsidies unnecessary.

In a report published by Reuters this week, the German government has also outlined its plans to scrap incentives attached to plug-in hybrid vehicles altogether from the end of 2022.

Further, subsidies for company cars will be scrapped with only private customers to benefit from the program. The program will expire completely once the allocated sum of €3.4 billion ($A4.98b) is spent.

Reuters reports that the German government will also stop incentives paid on plug-in hybrid vehicles (PHEV) from the end of 2022 owing to doubts related to the environmental credentials of the technology.

“For the forthcoming funding phase, we are placing a clear focus on climate protection and are concentrating funding on purely battery-electric vehicles,” added Mr Habeck.

Sales on BEVs in Germany almost double to 328,000 units in 2021 compared to the previous year thanks in part to the incentives offered by the country’s government. There are now 600,000 electric-powered vehicles on German roads, and more than one million if hybrid vehicles are included in the count.

Those numbers place the share of purely electric vehicles (BEVs) in the country’s new-car registration tally at around 14 per cent, Reuters reports, with Volkswagen and Tesla models the most popular.

Germany’s Association of the Automotive Industry (VDA) criticised the planned subsidy cuts in a statement, calling the decision “incomprehensible”.

“In times of rising costs and burdens, the decision to unilaterally and comprehensively cut funding is incomprehensible,” said VDA president, Hildegard Mueller.

Ms Mueller also said that the move to exclude company cars from the initiative sent the wrong message to buyers, saying “a switch to e-mobility is needed in all fleets”.