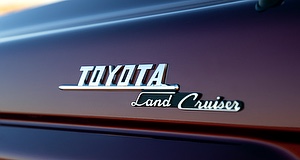 AUCTIONS are a good barometer of how the automotive market is tracking as they are a major source of stock for many used-car dealers and so reflect a used car’s true market value.

This will influence how much trade-in a customer might get thus affecting new car buying as well.

Auctions are also a dumping ground for unwanted vehicles dealers want off their floor.

COVID-19 has had a big impact on auto auctions, initially stopping them due to isolation rules, then driving them totally online, then spurring large fluctuations in sales of certain types of vehicles.

Now, auctions in several forms are operating in a volatile automotive market selling everything from motorcycles to sports cars to luxury cars and classics along with commercial vehicles of all denominations.

Insiders say it’s been hot and cold with some high points and some low points and unexpectedly strong prices for certain vehicles.

Long-time auctioneer and valuer Simon Cotter, from Alliance Auctions in Sydney, has plenty to say about the current auction climate.

He says demand for some sectors of the second-hand vehicle market have fallen off a cliff while demand for needs-based vehicles ranging from bubble hatches to Toyota’s LandCruiser 70-series workhorse remain red hot.

“With interest rates rising there was now a duality in the vehicle market, with demand for luxury vehicles crashing while workhorses and budget options continue to sell close to or even above retail prices.

“Our sale last week was the first sale since the COVID-19 outbreak where, with certain products, lack of interest really showed on the auction floor. It’s become extraordinarily product specific.”

In his ABC interview, Mr Cotter said: “There’s been a complete lack of interest in the prestige European cars, your Audis and Mercedes with practicality, rather than status, now driving people’s purchasing decisions.

“I think the status symbol of vehicles has stopped and people are buying needs-based vehicles. Little cars, bubble hatches and things, you’ve got a uni student who needs a car. Those sorts of cars are very strong, we’re almost achieving retail prices under the hammer.

“Yet you could put up an equivalent European car, a Volkswagen Polo for example, and you won’t get a bid.”

In an earlier ABC interview, Mr Cotter spoke about the explosion in value of Toyota LandCruiser 70 and 200 Series in particular and said again this week that the trend was not slowing.

“If anything they’ve gone up in value more,” he said of the Toyota LandCruiser.

“If you could have a shed full of LandCruisers that’s better than money in the bank; it’s the only way to describe it.”

Mr Cotter drew a picture of the LandCruiser situation saying they were selling current model 2022 GXL dual-cab 79 Series with a basic tray and no fruit, so no bull bars, cruise control etc., and people are paying $115,000-$120,000 for them.

On ABC, Mr Cotter said a golden time for many parts of the agricultutal sector was contributing to demand for LandCruisers, along with the federal government’s $150,000 instant asset write-off.

“It’s an extraordinary situation that we’re in,” he said.

“The same applies to trucks; Kenworth has particular models with a two-year wait.

“Basically, if you bought a brand-new truck today, I feel confident if you needed to sell it tomorrow you’d make a profit on that,” said Mr Cotter.

But he added it was an unsustainable trend which he predicted would come to an abrupt end.

“It’s a worry. I can still recall as an auctioneer and valuer in the 1990s with the recession back then, we had this period of bizarre consumer demand and then it fell off a cliff,” he said.

“Nothing happened for six months, and then the flood gates opened, and we were that busy doing repossessions and auctioning homes where the banks had moved in.

“It was an awful period and I fear that we’re going to be seeing that similar situation.”