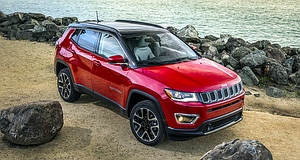 For Jeep models, the safety probe centres around a water leak that is suspected to cause the electronic parking brake to active and stop the vehicle while in motion. The NHTSA’s Office of Defects investigation says it has received more than 80 complaints about the issue and had opened a preliminary evaluation to “assess the scope, frequency and safety-related consequences of the alleged defect”.

Separately, the NHTSA is also investigating 2016 Dodge Journey, Jeep Compass and Jeep Patriot models after 127 complaints were received alleging crankshaft or camshaft sensor failures had caused the engine to stall while driving.

Automotive News reports that Stellantis recalled certain Journey, Compass and Patriot models manufactured between 9 May and 15 July 2016 for the problem in December of 2016. The NHTSA said vehicles similar to those identified in the recall, but not included in its scope, may also experience the alleged defect.

GoAuto understands the agency has opened a recall query into more than 289,000 vehicles to determine if they are required to undergo a further assessment and discover if more vehicles should be recalled.

The NHTSA is also investigating Chrysler Pacifica PHEV models manufacturing between 2019 and 2022 after receiving more than 40 complaints alleging a potential transmission malfunction that may cause the vehicle to stall or lose motive power. Most of the alleged incidents are understood to have occurred at speeds greater than 25mph (40km/h) and have resulted in the vehicles needing to be towed to a service centre. The probe covers an estimated 21,348 vehicles.

Automotive News reports that a spokesperson for Stellantis said the company is “cooperating with the investigation in accordance with standard practice”.

The NHTSA says it has now received 26 individual complaints alleging a loss of power at highway speeds with a failure to restart. The alleged loss of power is a “result of catastrophic engine failures” caused by the engine’s valves failing, the NHTSA said in a report. The investigation covers an estimated 25,538 vehicles.

In addition, the NHTSA is also investigating several General Motors (GM) models, including Cadillac XT5 and XT6 models and GMC Acadia variants manufactured between 2020 and 2021, after one reported crash and 11 complaints alleging problems with the rear-view camera system.

According to the complaints, the rear-view camera system shows a blackened screen or a red triangle with a circle and a line through it when reverse is selected. The investigation covers an estimated 190,151 vehicles.

“The safety of our products is the highest priority for the entire GM team. We are cooperating with the NHTSA in their investigation, and GM will continue our own investigations into the issue,” a GM spokesperson told Automotive News.

As is the case locally, the NHTSA process requires vehicles that are alleged to be affected by potential defects and other safety-related issues are to be evaluated in cooperation with information sourced from the manufacturer. The manufacturer can also present its view regarding the alleged defect and may issue a recall.

Once the evaluation is complete, the NHTSA may choose to close the investigation and issue a recall request letter to the manufacturer in question.

At this stage there are no active recalls for any Australian models that may potentially be impacted by the safety probes listed above. For more information related to recall notices for vehicles sold within Australia visit vehiclerecalls.gov.au