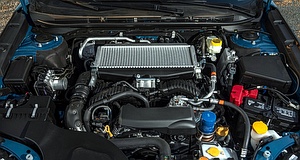 SUBARU Australia has confirmed that it will bolster the Outback range through the introduction of a new 2.4-litre turbocharged XT variant before the end of the year.

Addressing press gathered for the launch of the fifth-generation WRX this week, Subaru Australian managing director, Blair Read, said “we are very pleased to announce today that the Subaru Outback range will gain the 2.4-litre turbo engine from the ‘23 model year with production fixed to start in quarter four of this year.

“The 2.4 XT Outback will feature the 2.4-litre turbocharged direct injection engine (from the WRX).”

Mr Read did not confirm specification and pricing of the new variant, but as XT versions have commanded a premium over their derivative siblings, it’s expected the 2.4 turbo will likely slot above the top-spec Touring AWD in the MY23 range.

Citing escalating production and logistics costs, Subaru recently raised the prices of  several models in its local portfolio, including the sixth-generation Outback. Prices for the three-variant range now begin at $41,490 (plus on-road costs) for the entry-spec Outback AWD, with the mid-tier Sport AWD and flagship Touring AWD retailing for $45,990 (+ ORCs) and $49,790 (+ORCs) respectively.

In keeping with the current Outback range, it is likely that all variants in the MY23 line-up will utilise Subaru’s Lineartronic continuously variable transmission, which is also offered in conjunction with the 2.4-litre turbocharged unit in WRX variants.

Subaru has yet to announce 0-100km/h acceleration times, top speed, fuel economy or CO2 emissions for its MY23 Outback range. All versions are expected to feature Subaru’s EyeSight active safety technology and Drive Monitoring System with safety and convenience features including facial recognition, distraction warning and drowsiness warning.

It is unclear if the new Outback will share the styling of the American MY23 Outback shown in New York late last month. That model – replete with a new-look front end, reshaped headlights, enlarged grille and revised lower bar moulding – also features Subaru’s latest Starlink 11.6-inch portrait-style infotainment array and wireless changing technology, but the latter is not confirmed for global markets.

US models were confirmed to be offered with 2.5-litre petrol and 2.4-litre turbo-petrol engines, which suggests the model changes listed above may likewise feature in Australian delivered variants. Subaru Australia was tight-lipped, so we will have to wait until closer to the model’s local launch for further details to be revealed.

Based on the Outback Premium, the variant offers a handsfree tailgate, front-view monitor, X-Mode all-wheel drive and a full-size spare wheel. For the US market, the Onyx Edition joins XT, Premium, Wilderness, Limited and Touring trim levels.

Other changes to the American-built Outback include an electric brake booster (as part of the updated EyeSight system) and, on higher-grade variants, a wide-angle mono camera that works with the dual-camera EyeSight system to better recognise cyclists and pedestrians when the SUV’s travelling through road intersections.

Stateside, the Touring grade of the Outback also scores an LCD rear-view mirror with auto-dimming, compass and Homelink features.

The current generation Outback, which was launched Down Under in 2020, competes in the SUV Large (under $70k market) segment, where it rivals a varied mix of ute-based off-roaders and road-going seven-seat SUVs.