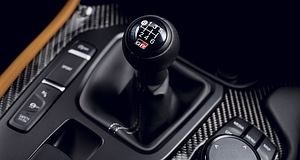 TOYOTA has officially unveiled its updated 2023 GR Supra range which will offer a six-speed manual gearbox option alongside the carry-over eight-speed automatic transmission.

Due to arrive in local showrooms in the final quarter of this year, the updated model features a 6MT Toyota that says “has been specifically developed to match the performance characteristics of the 285kW/500Nm 3.0-litre straight six, rear-drive engine to deliver superlative driving thrills for enthusiasts”.

As reported by GoAuto last week, the six-speed gearbox will be available on both GT and GTS variants and offers rev matching on up- and downshifts. It is topped with a spherical gear knob with GR logo, to offer what its maker says is “a firm grip” and “an appropriately sporty driving experience”.

In addition to the new manual transmission, Toyota has further refined the steering and suspension of the GR Supra range with modified stabiliser bushings, retuned adaptive variable suspension, and other chassis control systems it says will improve handling performance and ride comfort.

Manual-equipped models will feature a red-coloured “Supra” badge on the rear-end to differentiate the model over its self-shifting siblings.

Both GR Supra variants are available with three new metallic paint colours – Volcanic Ash Grey, Dawn Blue and Avalanche White – while the interior of the two-seat, two-door coupe is available with a tan upholstery option for the first time.

“When Toyota first launched the reborn GR Supra in September 2019, we drew from our experience in motorsport to deliver a pure sports car that delighted fans of the iconic nameplate across the globe,” said Toyota Australia vice president of sales, marketing and franchise operations, Sean Hanley.

“But we always knew there were those that wanted an even more engaging drive experience and now we are able to provide that with a new six-speed manual gearbox available across the range and a suspension and steering retune to provide even more dynamic handling.”

Toyota says it has sold approximately 721 examples of the Supra since the current series was launched in Australia in 2019. Pricing for the updated GR Supra range will be announced closer to the model’s launch.

The fifth generation A90-series Supra is currently offered in GT and GTS trim grades priced from $87,303 and $97,303 respectively (plus on-road costs).